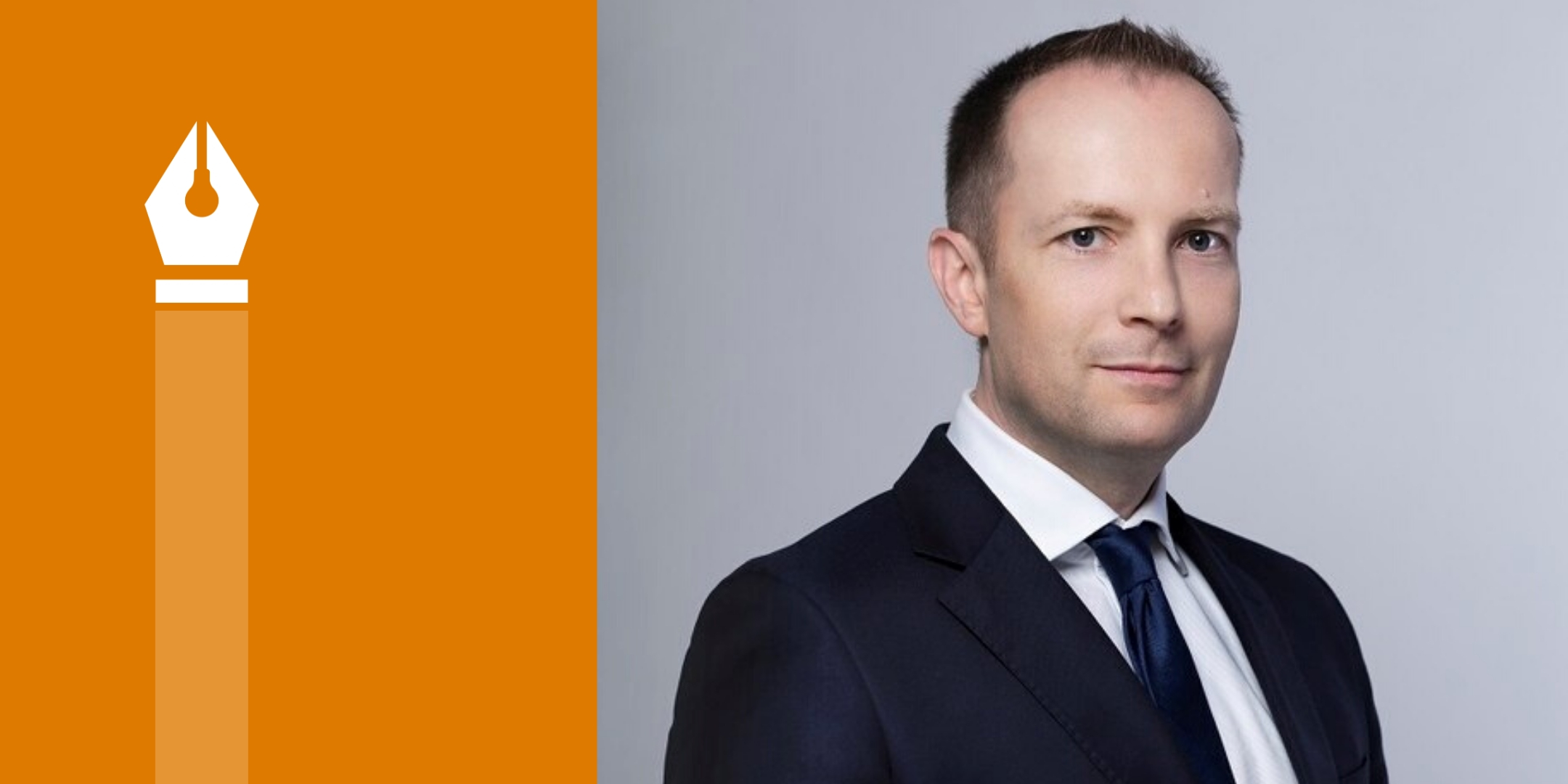 Published by Maria Filipe
August 05, 2020 @ 12:00 PM
CIONET International
This article was written by Michał Paprocki, CTO at Euroclear with more than 17 years of experience in creating and managing IT centres as well as transforming financial companies into digital business models. Michał is recognised for leading successful agile transformations, for bringing a friendly ease to complexity and for his eagerness to challenge the status quo with out-of-the-galaxy thinking.

It’s more than just the company

I felt a great disturbance in the Force. As if millions of voices suddenly cried out in terror and were suddenly silenced.

Said Obi-Wan Kenobi, a Jedi master of the Star Wars saga, and it perfectly illustrates the notion of universal force of the galaxy. It is a belief that all living creatures are connected, related to each other and bound by the common destiny. Isn’t it that the actions of the business leader always have an impact on the society and the greater power one has the more responsibility he bears for the well-being of the community?

Me, myself and I?

The term guru is often used in business context to emphasise the role of a brilliant individual, a charismatic maverick or a business wizard with divine spark. One of the most quoted examples is Steve Jobs of Apple and let’s see how he was described by Andy Hertzfeld, a software developer of early Macintosh products:

The reality distortion field was a confounding melange of a charismatic rhetorical style, an indomitable will, and an eagerness to bend any fact to fit the purpose at hand. Amazingly, the reality distortion field seemed to be effective even if you were acutely aware of it, although the effects would fade after Steve departed. We would often discuss potential techniques for grounding it… but after a while most of us gave up, accepting it as a force of nature.

Such phenomenon helped to overcome many challenges and ultimately made Apple an amazingly successful company. However, a careful read of Walter Isaacson’s biography shows that behind the leader’s brilliance there was often a great sacrifice of his employees, unfair treatment of his partners and a toxic atmosphere. Not to mention a supply chain that relies on questionable practices in Asian factories.

How about another example where the business leader was so certain of his personal phenomenon that he even wrote a book called “Winning”. And yes, Jack Welch was initially very successful at the helm of General Electric, as under his watch the most respectful US stock produced double the return of S&P 500 index. But the largest company by market cap back in 2009, was 9 years later booted from Dow Jones index, a place where it resided for a century. One of reasons behind such a sudden downturn was the group think and arrogance that created blindness to the evolving market situation and left the company so overexposed that it never returned to its previous position. As I write these words, GE is worth a mere 13% of what it was back in year 2000.

It takes network organisations to deal with current challenges

A true Jedi leader will always reflect on the role of the broader community using two axis, so by making sure he will (a) utilise the new trends to boost revenue and (b) minimise any negative external effects of the company he leads.

What better way one could find to make sure one benefits from innovations and always rides the high tide rather than converting the company into network organisation. An acclaimed thought leader, Peter Hinssen, nailed it down right in the title of his book “The Network Always Wins”. In line with the Jedi concept of universal force, the business should also embrace the ever-changing reality of the new normal. Therefore, the key word is fluidity, understood as the ability of super flexible organisations to benefit from this VUCA world. Instead of building the rigid and hierarchical organisation of the past, a leader explores the new triangle of market-employees-customers. The Jedi leader see his organisation as a network of interdependent elements that constantly interact with each other. And yes, there are rules, regulations and policies, but a predominant paradigm is that market constantly evolves and network organisations must evolve a tempo.

These days organisations are rapidly investing into data to understand and forecast, but also spending considerable efforts to build a community of its advocates. Gone are the times of the single leader in his ivory tower calling all the shots and in are the times of a community that vibrates and sends constant signals on how the company is perceived and what is the next best move. A flawless assembly line and perfection in execution are not enough anymore since it takes learning and agility to enable the next horizon of revenue. For Business-to-Consumer (B2C) companies, the community will most likely comprise influencers, internet forums, focus groups, social media and business incubators. Just think about how many surveys you received this week from the companies desperate to read your mind and understand your purchasing preferences. Business-to-Business (B2B) would tend to put their bets on industry alliances, joint-ventures, research facilities, special interest groups and shared-risk-shared-profit models. According to B2B International only 14% of marketing professionals believe that customer experience is ingrained in the fabric of the company. So, watch out as new trends are emerging every day and it is impossible to mastermind them alone.

Community leader you shall become

Enough on taking from the community to embrace innovation and let’s raise the bar as the Jedi leader will actively contribute to truly take care of the well-being of the community. While the notion of corporate social responsibility could not be referred to as a new concept, the advent of sustainable growth and the raise of the green economy is getting attention. And yes, there is a lot of greenwashing smoke and mirrors despite increasing general awareness.

As Jedi leaders often practice some sports, let us zoom into a respectful company producing outdoor apparels. “Cause no unnecessary harm” and “Use business to protect nature” are the business principles of Patagonia. Since first founded by Yvon Chouinard in 1973, the company keeps leading the way in terms of its conscious dialogue, understanding and contributing to the environment. Not only does the company build a strong community of customers, but it also goes above and beyond by taxing itself 1% to support environmental non-profit organisation. In fact, the company sees itself as an integral part of the broader community and, therefore, has the obligation expressed in the aim:

From supporting youth fighting against oil drilling to suing the president, we take action on the most pressing environmental issues facing our world.

The true Jedi leader is taking clear moral choices and does not necessarily see as an imperative to stay neutral.

In the world of the fast-moving consumer goods, Patagonia goes against mainstream currents by assuming that the entire planet Earth is its addressable community. Instead of focusing on extensive growth, the company is actually asking the customers to buy less of its products and offers generous options to repair, replace and change them. On top of that, it runs a community portal that lets people exchange and swap the clothes in order to make maximum use of them and minimise overproduction. As it is the universal force of the galaxy that should be listened to and kept in balance, it takes this Jedi approach for business leaders to realise that the ultimate virtue is to be… the community leader.

Much is still to be realised and I hope the COVID-19 crisis can be a step-back for leaders.

The next episode will dive into another core Jedi virtue: learning. “You must unlearn what you have learned” once said Yoda. How can business leaders keep on learning the right way?