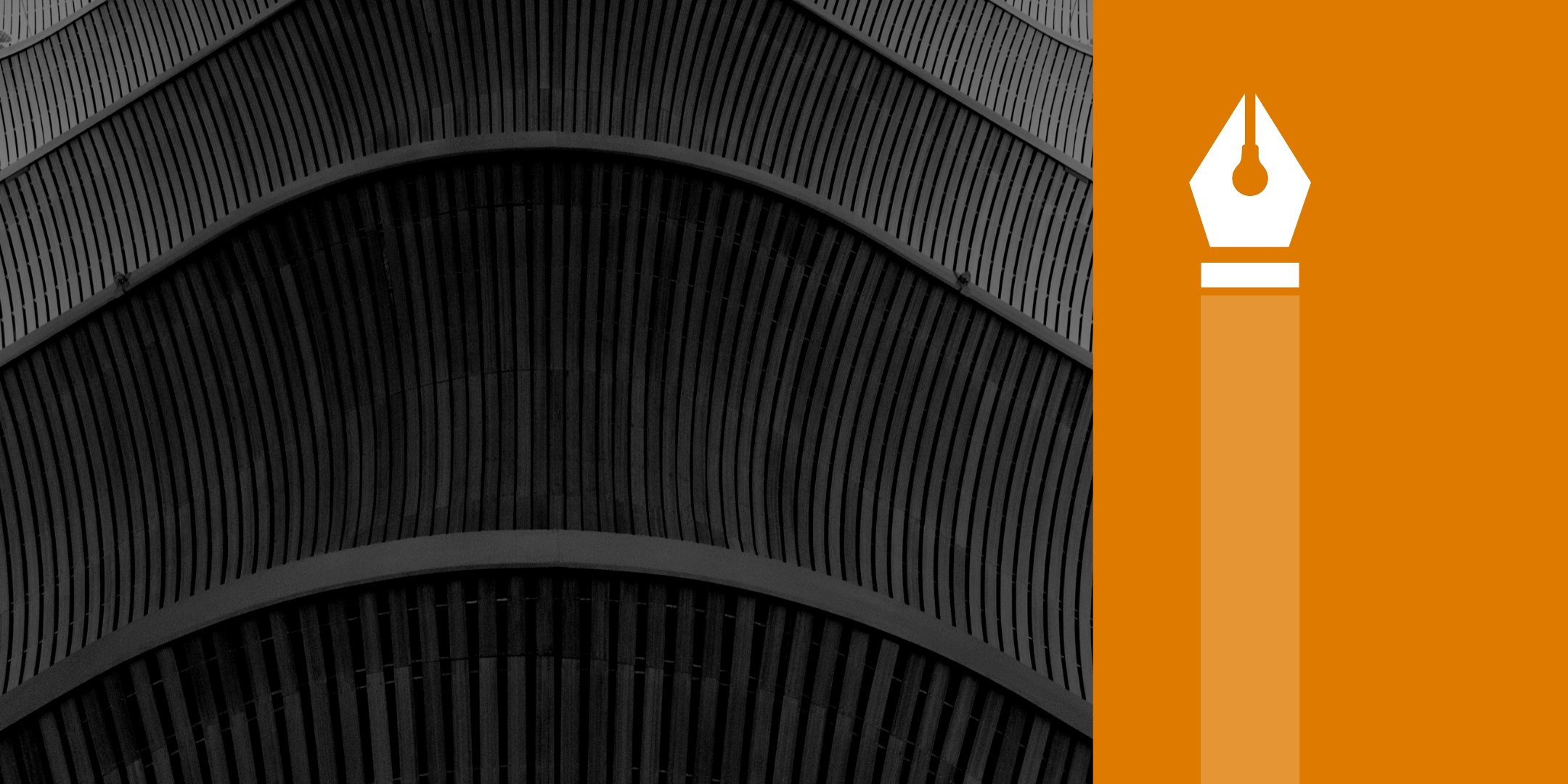 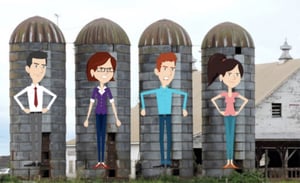 The first part has shown how the computer revolution of the last century had created monoliths and silos at first. As machines grew more powerful and people became more demanding, XP, Agile, Lean and others have started to provide advice, tools and models on how to improve human performance in line with technological advances. 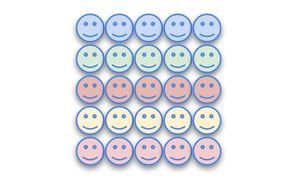 Parts two and three have followed the journey from co-located, self-organising teams of technical excellence to squads and tribes, chapters and guilds: the matrix structures which have found their way into many organisations today. 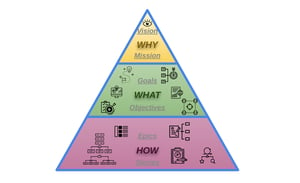 Part four has scaled this matrix in alignment with organisational hierarchies and created the 3D Lean pyramid.

Part five has covered some obvious observations that might also be found in other organisational hierarchies models. Alignment and collaboration are the backbone of many a successful organisation. 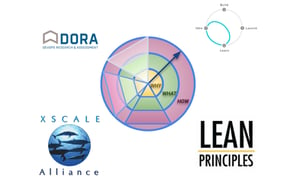 Part six has revealed Sinek's Golden Circle and made some important observations that make 3D Lean a powerful model. It combines traditional ideas with modern lessons from successful organisations. 3D Lean connects an organisational vision with every task and story and brings 3D Lean up to par with other models about business agility and Lean at scale.

However, 3D Lean is mostly about how to keep technical excellence and a healthy working culture in perfect balance. 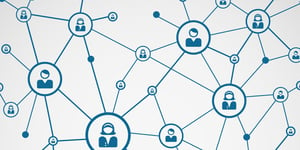 The 3D Lean pyramid demonstrates how all parts, all people of an organisation must be connected in several meaningful ways to unlock and maintain an organisation's potential and keep everyone motivated and committed to an overarching purpose.

The flow of information through an organisation is an indicator for the organisation's effectiveness. 3D Lean provides connections that will support an efficient information flow without unnecessary detours and dead-ends. 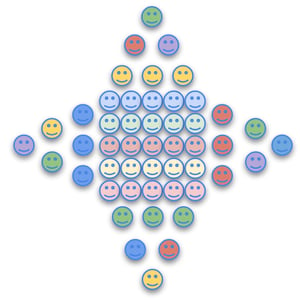 On the other hand, 3D Lean also shows that any bigger disturbance will potentially ripple through the whole system. This is, of course, a desired behaviour which ensures that all parts of an organisation adapt accordingly to a change and prevent any new 're-silo-isation'.

For that reason, the matrix as the pyramid's basis is crucial to an organisation's value stream: it models an efficient information flow and successfully combines cross-functional elements as it spawns the 3D Lean pyramid.

The Matrix demonstrates how technical excellence and a healthy working culture can be kept in balance - and how organisations can grow from there. 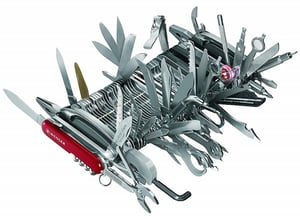 Of course, 3D Lean as a model does not stand alone nor is it a Swiss army knife. A range of other tools will be required to successfully implement this pyramid and to fully unlock an organisation's potential. To name just a few: 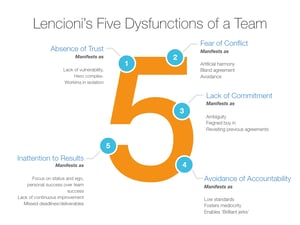 In order to be effective, 3D Lean is based on high-performing, self-organising teams. In his book The Five Dysfunctions of a Team Patrick Lencioni demonstrates how these dysfunctions can be identified and he gives some ideas how they could be resolved to form high-performing teams.

3D Lean relies on harmonious and stable structures. Wardley maps as well as value stream mapping can help to reveal and resolve structural and procedural dysfunctions on an organisational level.

With the proper tool support, applying 3D Lean to an organisation will see an generative, performance-oriented Westrum culture develop as its evolutionary result.

And, of course, to keep a state of technical excellence there are countless tools and frameworks that will support 3D Lean, from Extreme Programming XP and Agile practices to unconferences and code katas - with all of their principles also applicable to non-technical environments! 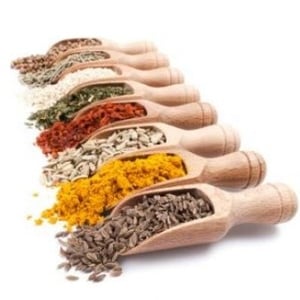 However, at the end of the day, every team and organisation will have to find their own right mix of tools, frameworks and models to create and upkeep the balance between technical excellence and a healthy working culture.

Naturally, 3D Lean is only a model: a simplified and abstracted version of reality. And, of course, there are many other models that deal with organisational structures. 3D Lean does not try to be better or "more right" than those other models. Rather, 3D Lean provides another angle to approach challenges organisations might face today.

Focus, 8 Lean principles, respect for Little's and Conway's laws, acting as ONE team - 3D Lean can be your guide for your organisation towards their 'awesome' ;-)

This pyramid certainly does not hold all the answers, yet, some treasures are hidden - sometimes it simply helps to change the perspective to see the next step. 3D Lean tries to provide this new perspective.

This model has been invaluable to my work for the last decade and I hope that it might also add some value for you.

Technical excellence and a healthy work culture in total balance! 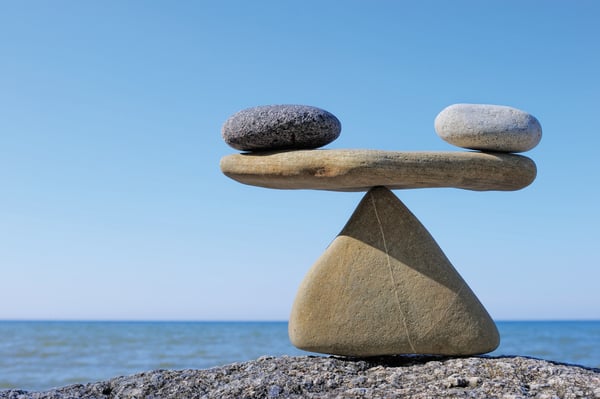 Make sure you check out each of the previous chapters of Zack Scott’s 3D Lean series:

Jedi Leadership II – Search within and mission find you will