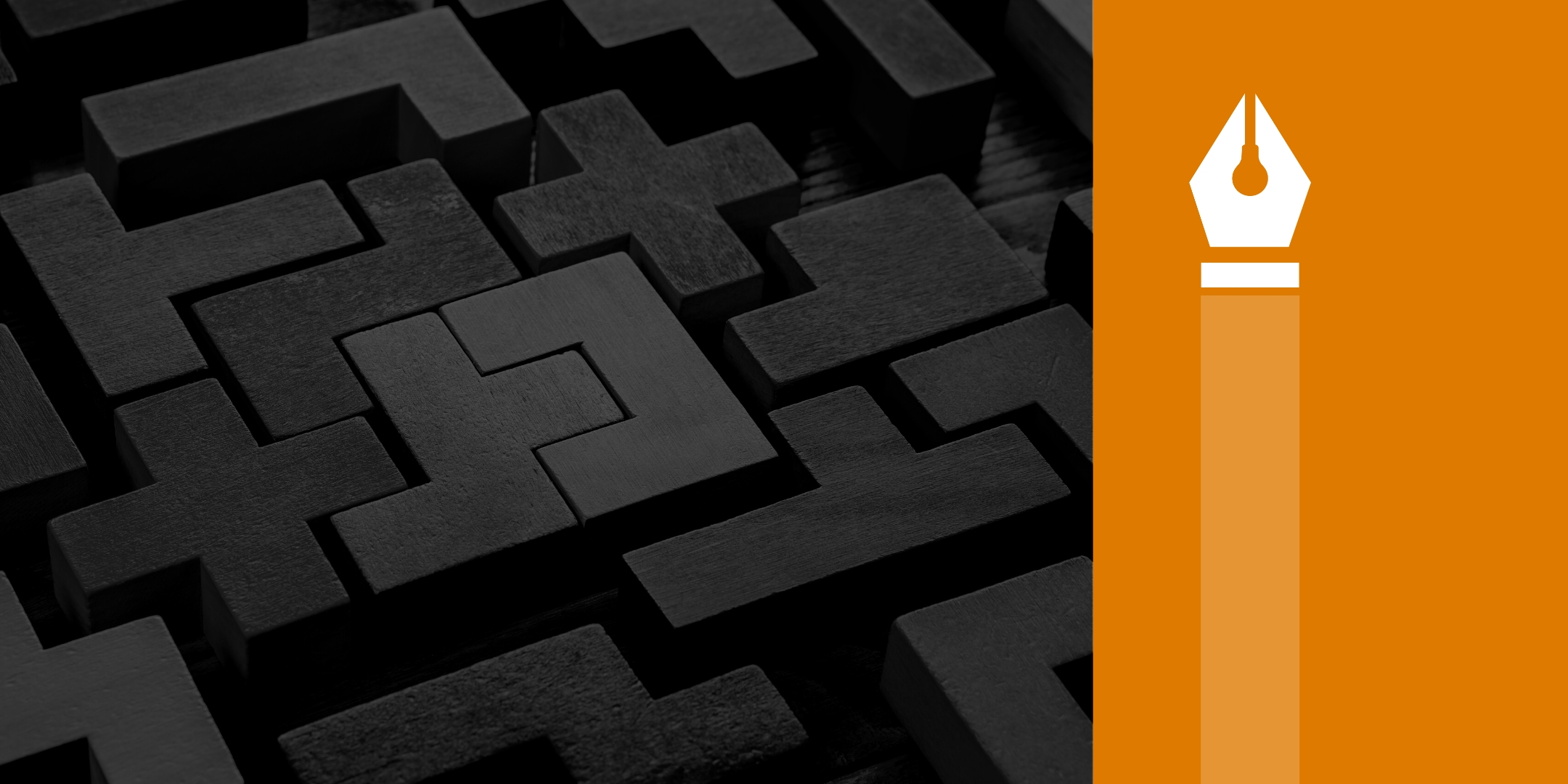 We have come a long way from a world of monoliths and silos to one of a matrix of tribes, chapters and guilds ... and now also a pyramid? But wait: isn't that just another traditional organisational pyramid?

Cross-functional product teams have transformed traditional functional silos. Chapters and guilds are not just a reincarnation of old silos but a new construct.

Classic organisational pyramids are 2D tiered constructs - much more triangles than pyramids. The new 3D Lean organisational pyramid, on the other hand, rests on a matrix at its basis. This is crucial to structure and value of the resulting model. This now truly 3-dimensional model will allow new observations that more traditional models cannot provide. 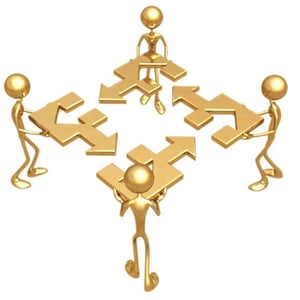 A first and rather clear observation lies in the nature of this simple geometric form: instead of pointing in different directions and being 'disconnected' (as in the star (see part IV)), the four sides of the pyramid converge harmoniously and align at the top.

This is intended to correspond with an alignment of the different organisational dimensions.

The shape of a pyramid illustrates that the dimensions of an organisation must seek alignment to build a successful and sustainable organisation. 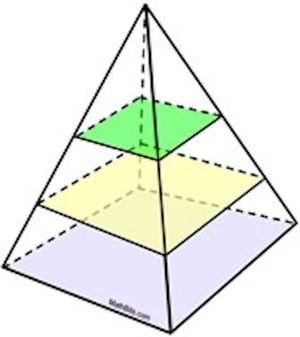 A second, maybe more subtle observation reveals itself in cross-sections through the pyramid. They show how the size of each level is decreasing as one ascends towards the top of the pyramid.

Just like a pyramid, organisations should not 'bulge' or create 'water heads'.

Rather, it illustrates how the different organisational dimensions must come closer together - not only functionally but often also geographically - to support stable and efficient structures. 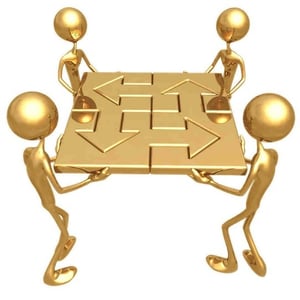 In fact, this observation suggests the importance to create cross-functional, co-located teams also outside of the fundamental matrix to optimise the whole value stream.

Co-located programme management tribes or leadership squads will further support the above argument of alignment as well as help to eliminate more waste and create efficiencies across the organisation.

Following those first two, a third observation is the SHARED top of the pyramid where all dimensions converge. Rather than one side outgrowing the others, all four sides meet at the same level. 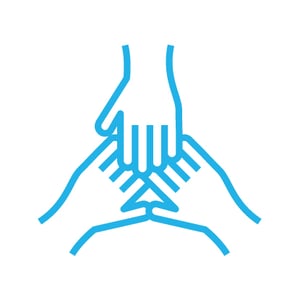 This might be an important deviation from traditional models that often have a single top, for example the CEO. Traditional models focus stronger on individual accountability, whereas agile models (like the one discussed here) value responsibility and collaborative accountability to optimise flow efficiency.

These 3 observations show that cross-functional alignment is one of the most important qualities for a successful organisation. Strong cohesion - or collaboration - between neighbouring parts of the pyramid and its four sides is key to its stability. After all, the pyramid is one of the most stable structures.

This form of professional collaboration is further emphasised as the sides grow closer together, illustrating how dimensions must be less dispersed - functionally but also geographically - on senior levels to remain sustainable and effective.

And whilst pairing is already quite a common behaviour within the matrix, the pyramid's basis, this model supports the argument that mobbing, too, as effective collaboration practice, becomes equally important as you rise within this Lean pyramid.

These obvious and rather physical observations are very much in agreement with more traditional models.

The next article of this series will provide deeper insights and show how to keep this pyramid in balance with preferably flat organisational structures, revealing the true value of 3D Lean.

Meet The European Digital Leaders Of The Year 2020!

3D Lean IV – Connecting the Dots: From Matrix to Pyramid